Thank you for using Graphcool 💚

After running for more than four years, Graphcool has sunsetted on July 1st, 2020. We want to thank everyone who has accompanied us during this exciting time!

The first version of Graphcool went live in March 2016. Since then, more than 59k users had signed up for Graphcool and created a total of 234k projects. Graphcool was used by the developers of companies like Twitter, Airbnb, Netlify, Auth0 and a lot more!

We've built Graphcool at a time when GraphQL was fresh out of the oven – there were not many learning resources about it and the ecosystem consisted of just a few libraries. Yet, many developers saw the potential of GraphQL and wanted to use it!

Enabling developers to use GraphQL on the frontend

From day one, our mission at Graphcool was to enable developers to quickly and easily use GraphQL in their projects. Our conclusion was that the best way to reach this goal was by building a Backend-as-a-Service that would save the development overhead of implementing a GraphQL API with a database and gives developers a fully-featured GraphQL API out of the box. 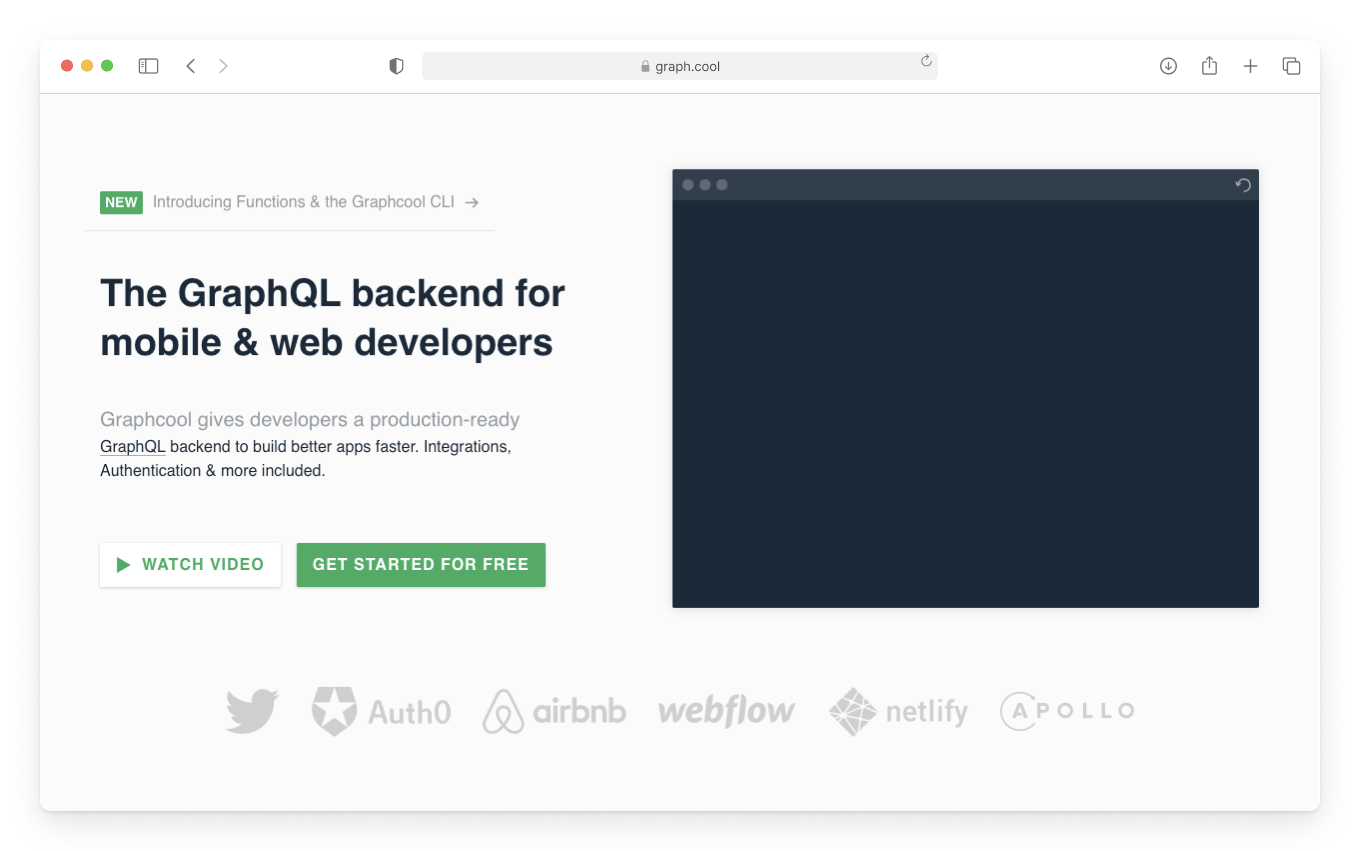 As GraphQL was still new and there existed only few tutorials and other learning resources about it, we also dedicated ourselves to help educate developers about GraphQL! In 2016, we've launched popular tutorials like Learn Apollo and Learn Relay as well as How to GraphQL which to this date is still one of most popular free learning resources for GraphQL.

Community is incredibly important to us at Prisma, and has been from the very start! Our community Slack has grown a lot over the years and still serves as a place for lively discussions all around GraphQL and other technologies.

We've also been the proud hosts of Europe's first GraphQL conference: GraphQL Europe! The first edition of GraphQL Europe in 2017 saw 300 atteendees, the second one in 2018 already grew to 500 and 2019 we've rebranded the conference to GraphQL Conf with more than 800 GraphQL enthusiasts coming together in Berlin and seeing talks from world-class speakers.

In addition to bringing together developers from all over over the world, we've also pushed forward the local GraphQL community by regularly organising GraphQL Meetups in Berlin.

A new direction for our company

As Graphcool saw more and more users, we've realized that many developers wanted to have more flexibility and control about their backend. While we were able to address a lot of our users requirements with additional features (such as the ability to add business logic via serverless functions), we ultimately found that a BaaS was too limited for developers to build the next-generation of web applications we envisioned.

We wanted our tools to be used in projects that would grow to the scales of companies like Facebook, Twitter and Uber – which we've found to be impossible with a BaaS.

Another major realization we had was that a lot of the value we provided with Graphcool didn't necessarily lie in the quick provision of a GraphQL server, but rather in the fact that developers didn't need to manage their database workflows explicitly.

Pivoting to Prisma: The next-generation of database tools

These realizations led to a pivot which ultimately manifested in the rewrite to Prisma. With Prisma, we have found the right level of abstraction that ensures developers keep full control and flexibility about their development stack while not needing to worry about database workflows!

Prisma pursues the vision of a uniform data acccess layer that's inspired by the systems used at companies like Facebook, Twitter and Airbnb. Being based on the same core ideas and principles as the systems from these companies, Prisma democratizes the pattern of a uniform data access layer and makes it accessible as an open-source technology for development teams of all sizes.

Prisma provides a database toolkit that can be used anywhere, not just in a GraphQL API. This means you can query your database using Prisma from your REST or gRPC APIs, you can run Prisma in serverless functions, and more.

Even though Prisma is no longer focused on a GraphQL-first product, we are still very involved in the GraphQL community. We work on many open source tools under the Prisma Labs Github org and we also contribute to Nexus, a toolset for building stongly-typed, code-first GraphQL APIs.

Prisma is a next-generation ORM for TypeScript & Node.js. Get in touch.